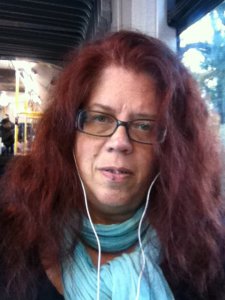 Just a quick note to wish all of you a Happy Holiday season.

I am taking some time off to spend with family and friends over the holiday season but wanted to stop by and say a BIG “THANK YOU” for your support during 2013.

It has been a year of trial and error and finding my way but we made it.

Stay safe and will see you for Spring Training in 2014

I can’t believe that I am writing this letter this morning  to you. We are all stunned by your departure.Our Sorority Sister Paloma is in tears hearing of your departure.

It has been so wonderful to watch you grow and learn from your time in the mound office. We watched you and held our breath on each and ever pitch. We cheered you on when you got our of jams and got the job done.

We will continue to follow your career and I will keep the girls updated on how you’re doing.

We send you off with love and support from the Sorority. Take care of him Arizona fans, this guy means the world to us.

Cricket and the Chi Sox Sorority 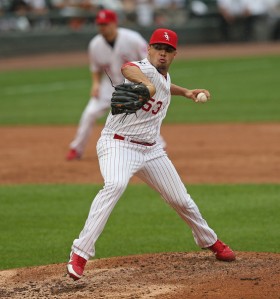 My Sorority Sisters have given me the news that I never saw coming, well none of us did. That you are now a California Angel.

We send you off with heavy hearts, but with the love and support. We will continue to follow you and watch you develop into the wonderful pitcher that we know you are destined to be.

It was great to watch you develop and to find your way on the mound. We all know that there are great things for you in the future and we cant wait to watch what happens next.

The girls and I will be still following you on Twitter and I will blog the games you pitch as often as I can.

See you on the field

Cricket and the girls of the Chicago White Sox Sorority

Sorry its been awhile since I have checked in with you. Congratulations to the Boston Red Sox on their World Series win. It was a great series and Even though Jake Peavy did pitch and had a rough outing I was still really happy to get to watch him play.

This is a bit of news to catch you up on:

Gordon Beckham and Matt Lindstrom bot got married in the last few weeks and we send our best wishes to them.

Dylan Axelrod‘s contract was not renewed by the White Sox and we wish him the best in the future.

I have not seen an update on how Gavin Floyd is going but I did see that someone is keeping an eye on him, I want to say its Baltimore but don’t quote me on that one.

Tyler Flowers was given a 1 year contract, I just don’t know about that because he is coming off-season ending surgery. Jeff Keppinger also had surgery at the end of last season but I have not seen an update on him.

Here is the link to the active rooster at the time I wrote this: http://whitesox.mlb.com/team/roster_active.jsp?c_id=cws

I am not sure when the final cut has to be made. I figure that a few of the guys will be sent down to Charlotte at some point.

A.J Pierzynski has left Texas heading to the Boston Red Sox after taking a one year deal, He will be joining Jake and Matt Thornton, Jarred Saltalamacchia and the Miami Marlins have reached a three-year deal.

Well, the news we have been waiting for has finally come and its good, Paul Konerko has said YES to coming back for the 2014 season. It will be great to see him play and go out on his terms.

Winter meetings will be taking place soon and if I hear any news I will stop in to pass it along.

I just wanted to take a chance to thank you all for your support over the year. It was a year of more ups than downs but I have mange to find my way with your support.

Have a great holiday season and will see you all soon